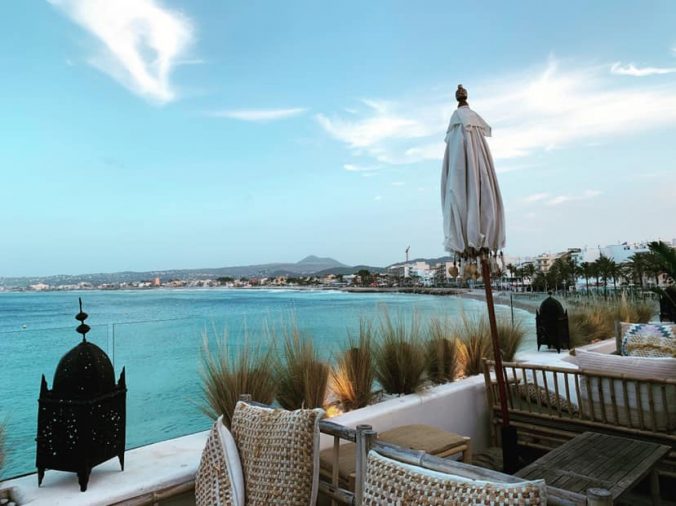 It seems like forever since I’ve had the time to sit down and actually pen a new blog entry. I’m currently sitting in a cute little co-living space, surrounded by other remote workers, on the island of Tenerife, an island that is part of Spain’s Canary Islands. I’ve been living in Spain now for over a year, and I thought today would be an opportune time to look back and reflect upon the experience of living in Spain.

Living in Spain, like most countries, comes with certain pros and cons. Other than a few months in the summer when it can be amazingly hot, the weather for most of the year is extremely comfortable. In Valencia, the city where I live, one can often see upwards of 300 days of sunshine per year – as a Canadian who grew up near a rain-forest, it definitely was an adjustment for the first few months to not see any rain at all. Now I usually take for granted that when I wake up it will most likely be a sunny day. 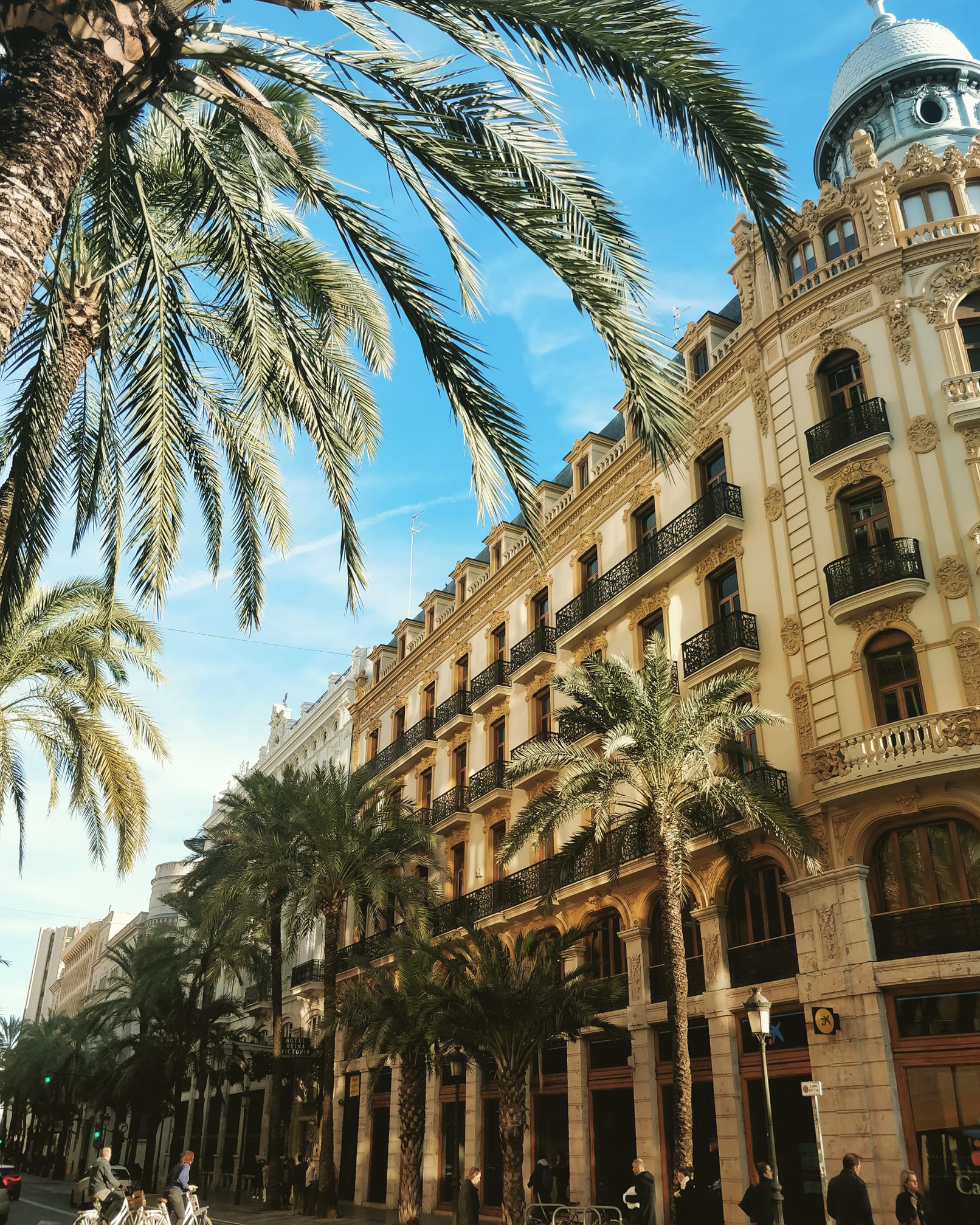 The Spanish people are really skilled at balancing work and life. A typical day for a working class Spaniard seems to start at the nearest cafe, between 9am and 10am, either for a warm cup of ‘café con leche’, or often even a small beer before work. There is often a break between 2pm-4pm for a siesta, with the work day usually finishing around 6pm or later, depending on the type of business. Many businesses shut down completely during siesta hours, which takes some time to get used to since nothing is open. 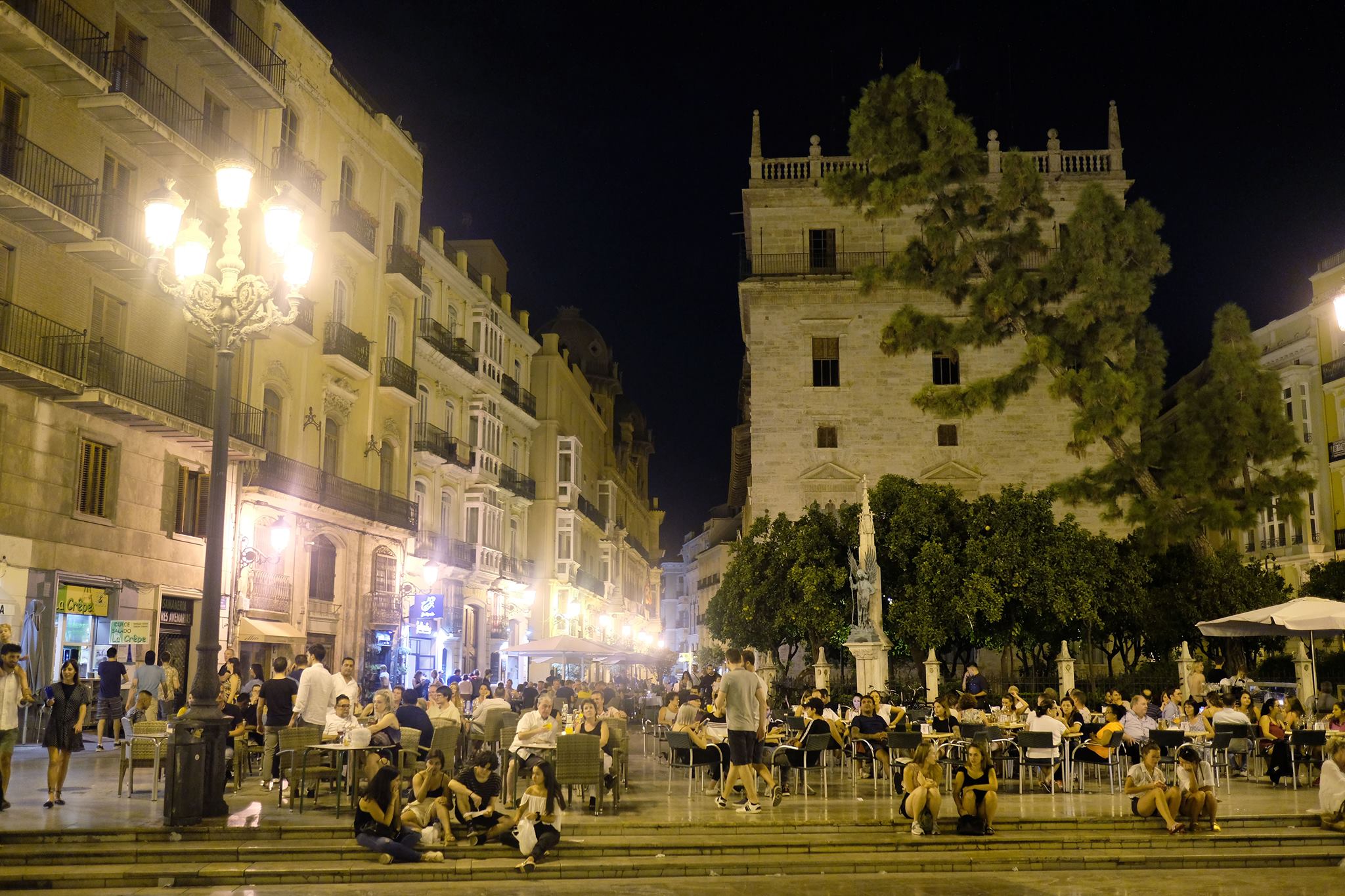 One of the strangest aspects of Spanish lifestyle for me is the complete lack of food options usually between 4pm and 8pm – it’s very rare to find any restaurant or café serving food between those hours, so if you’re hungry you are mostly out of luck. Supermarkets are often closed on Sundays as well, as they once were in Canada too, which means you have to stock up before hand if you cook at home during the weekend. But I much prefer it to be honest – it gives everyone an opportunity on the weekend to spend time with friends and family.

In terms of holidays, many Spanish holidays fall on a Tuesday or a Thursday – I found that odd at first, but then realized that the Spanish often take the Monday or Friday adjoining the holiday off as well, making an extremely long weekend (they have this whole ‘not working’ aspect completely figured out).

But one of my favourite aspects to living in Spain is going out in the evening and seeing so many friends and families sharing laughs together late into the evening.

Spain is a beautiful country with many different geographically diverse regions, which is great for travel. This last year alone I visited from Girona in the north, near the French Pyrenees, all the way to Seville in the south. Thankfully train travel is extremely comfortable in Spain, and often just as fast as flying (if you factor in all the waiting and security aspects of the airports), so it’s usually my preferred option. While Valencia doesn’t have many high-speed train options, once you hit Madrid you can get to many different parts of the country via the Ave high-speed train network. 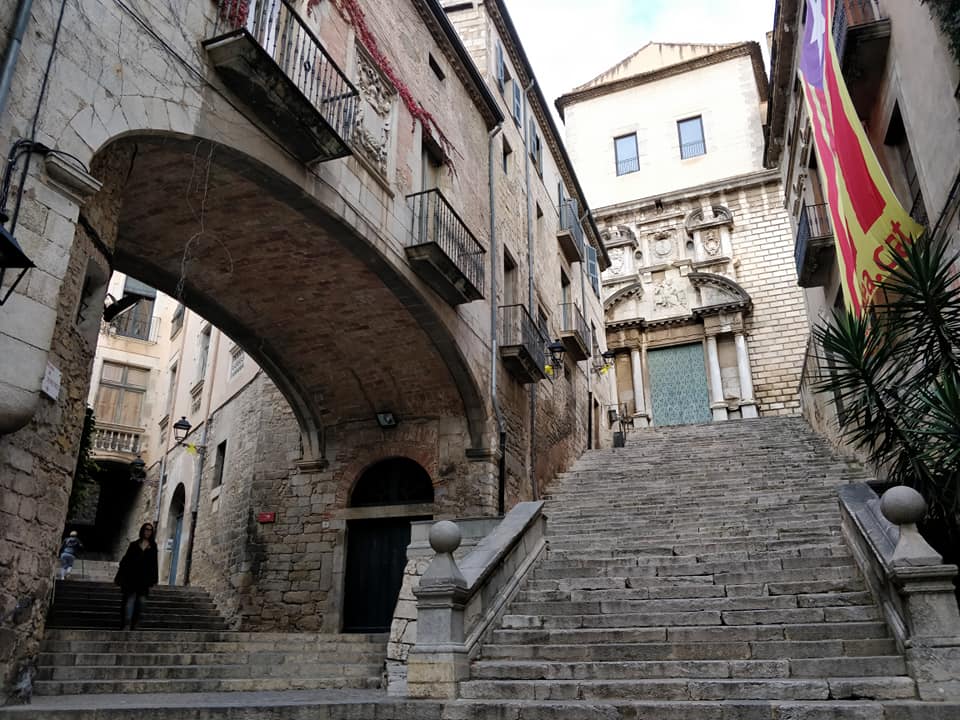 While Valencia doesn’t have as many flight options as Madrid or Barcelona, many low-cost carriers fly in and out of Valencia. I recently flew to the Canary Islands for only 29 Eurs, and can get to most areas in Europe for less than 100 Euros. I haven’t taken advantage of that very often yet, but it’s nice to know I can get around Europe easily from my local airport. 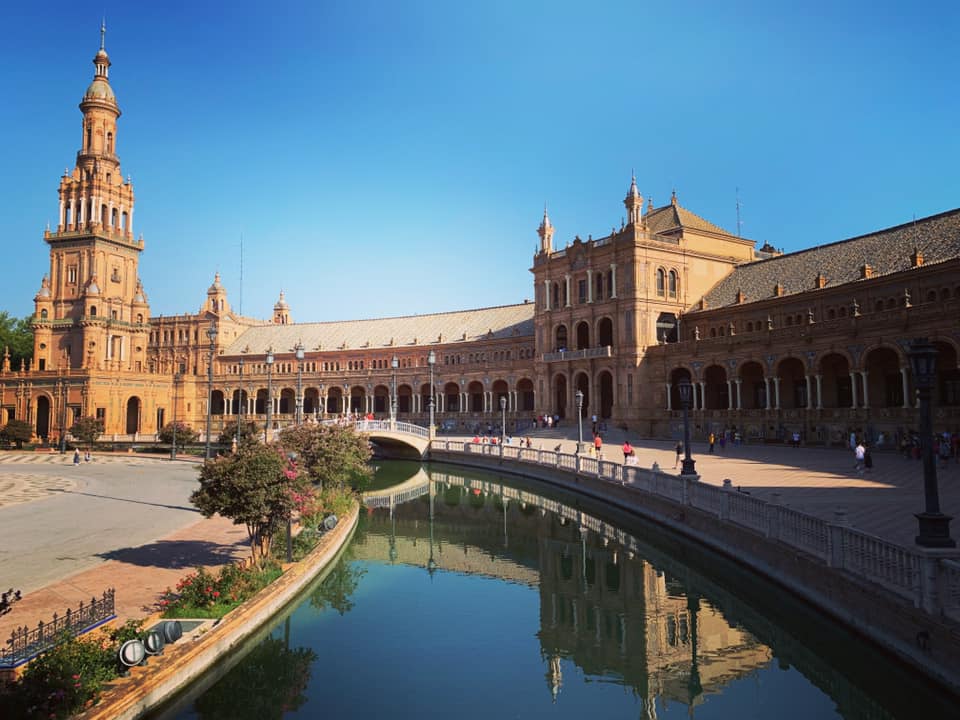 In addition since I have a Class D (long-term) visa in Spain, I am not bound by the Schengen limitations while in Spain. When I head to another Schengen country the clock starts ticking again, but I can simply return home to Valencia to regroup if I ever hit that limit again. Compared to Vancouver, where Asia, South America, and Europe are all 8+ hours away, I can get to Africa, all of Europe, and even western Asia in no more than 3-4 hours, so it certainly opens many doors in terms of travel options.

While I definitely enjoy a good Paella on the weekend, I’d be lying if I said I am a huge fan of Spanish food in general. Sure, eating tapas, or at least the experience of eating tapas with friends, is great. But most of the food in Spain is deep fried, and served with white bread – it’s definitely nice once and a while, but it’s not something I can eat all the time. The typical menu in a Spanish café or a pub is about 95% identical between establishments, so there isn’t much variety. When I go out to restaurants nowadays, I often visit international ones – Mexican, Moroccan, Indian, for example. 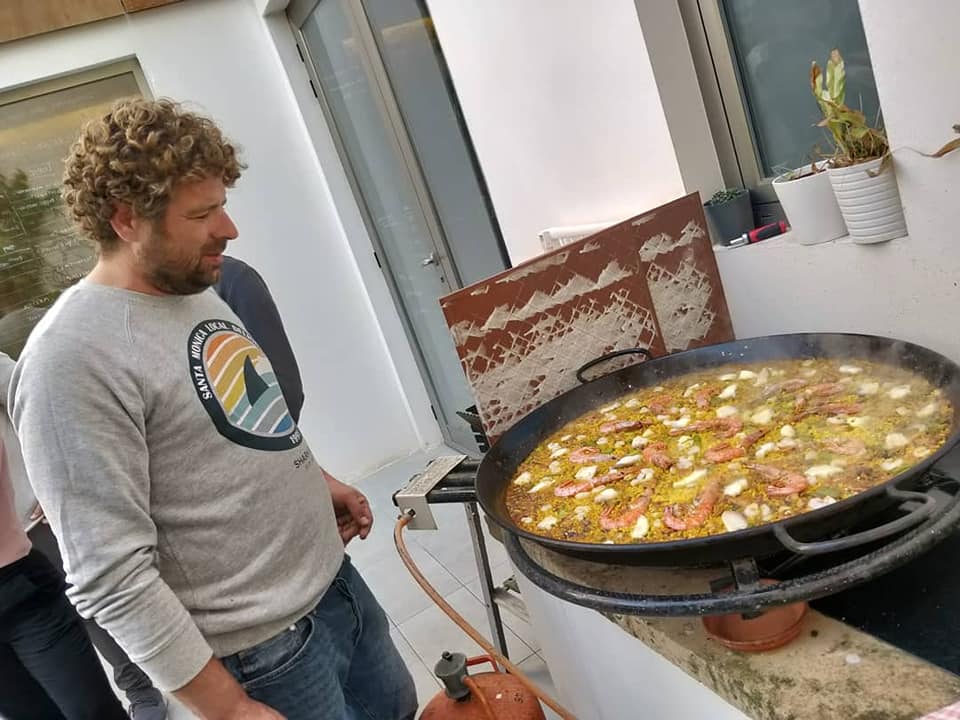 If you live near a supermarket or a mercado, you likely can source many great local fruits and vegetables for cooking at home. Prices are often extremely reasonable, and there are usually enough options that you don’t need to keep much food in your fridge at home. My one complaint, if I had one, was the amount of packaging used in Spain – pretty much everything ends up in a plastic bag or is already wrapped in plastic. Hopefully this improves in the future.

One of my requirements when I moved to Spain was that whatever community I moved to had a vibrant co-working or entrepreneur community. Working from home can be a bit isolating, so I wanted to make sure there was a group around that would occasionally meet up, work together, and share ideas. Thankfully Valencia has a great group that fits the bill called the ‘Valencia Coffee and Co-working’ group – the majority of the friends I met during my first year in Spain were from this group.

I have met various local people since I’ve been here, but it’s a bit more difficult to blend into those groups if you don’t have a good handle on speaking Spanish. I’ve definitely made some progress on that front, but I need to put a bit more effort into it and force myself to speak it more often. But I’ll keep at it.

It’s hard for me to objectively rate the cost of living in Spain, since I intuitively translate everything in my head into Canadian dollars. That’s probably not a fair thing to do, since the Canadian dollar is trading quite low . I suspect compared to many places in Europe, Spain is extremely affordable. And even using my Canadian comparison, many aspects of life here are much cheaper. For example, beer and wine in a pub or café is cheap, usually only 1-2 euros per glass. Eating out can be just as expensive as back home though, especially in international restaurants. But there are definitely affordable restaurants if you know where to look for them. A bottle of wine in the supermarket is a steal, often only 3-4 euros, whereas back home they are usually $15-$20 CAD. 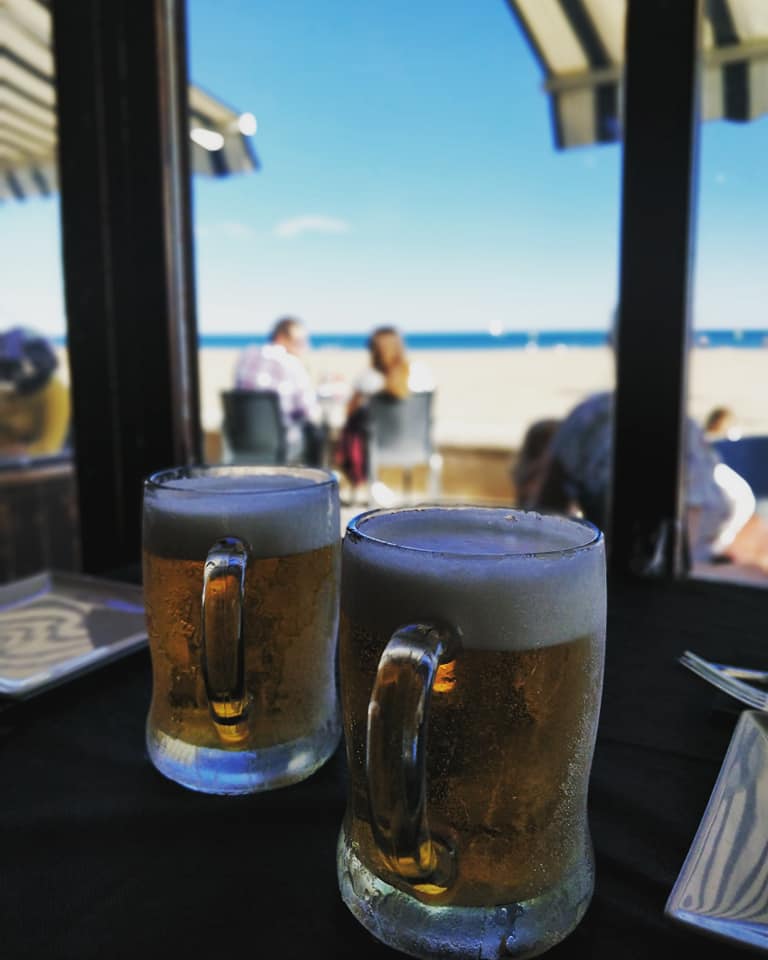 Beers on the Beach

Accommodation prices really depend on where you want to live. A one bedroom apartment in a nice area can run upwards of 1,000 Euros per month – if you don’t mind living slightly out of the main areas, you can probably get by for 500-600 Euros. I recently purchased a 3 bedroom apartment in a decent area, and pay roughly 600 Euros per month, so definitely buying might be the better option for people who want to live in Spain for more than a few years.

Definitely in aggregate I think my costs are much lower in Spain, and certainly the lifestyle is much better. But it’s certainly not the steal it once was to live in Spain. Just something to be aware of if you are trying to move to Spain, especially if you will live in one of the larger cities or towns.

One of the best aspects of travel is meeting new people, and I’ve been very fortunate over the last year and a bit to have met so many different amazing people. 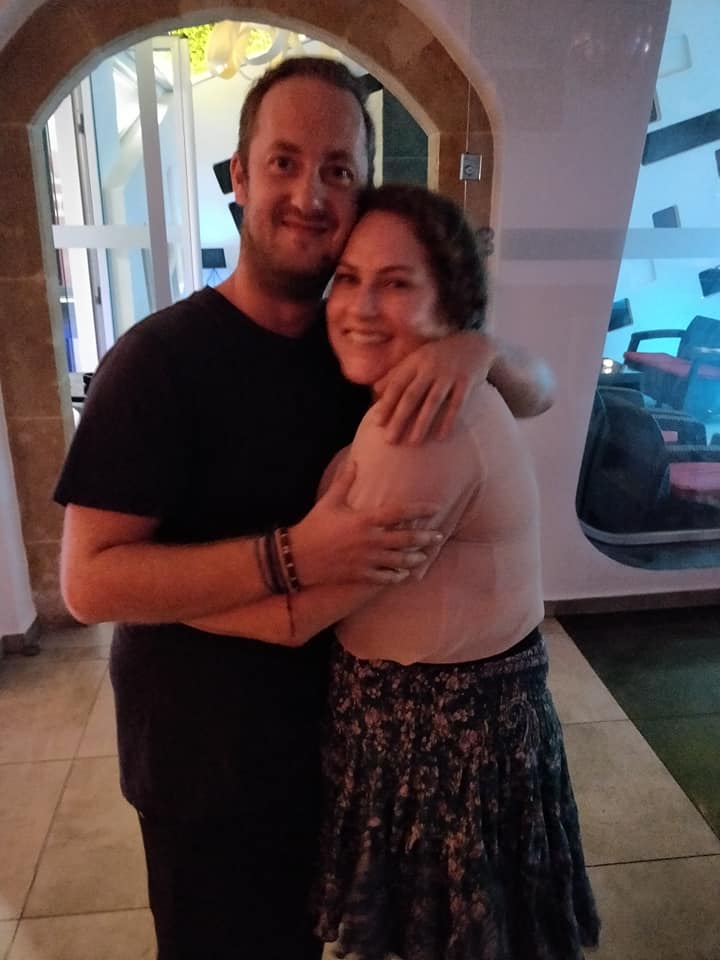 Many of my friends in Spain I met in various co-living and co-working spaces around the country such as Sun and Co. in Javea, Spain, or Nine Co-living (where I currently am) in Tenerife, Spain. 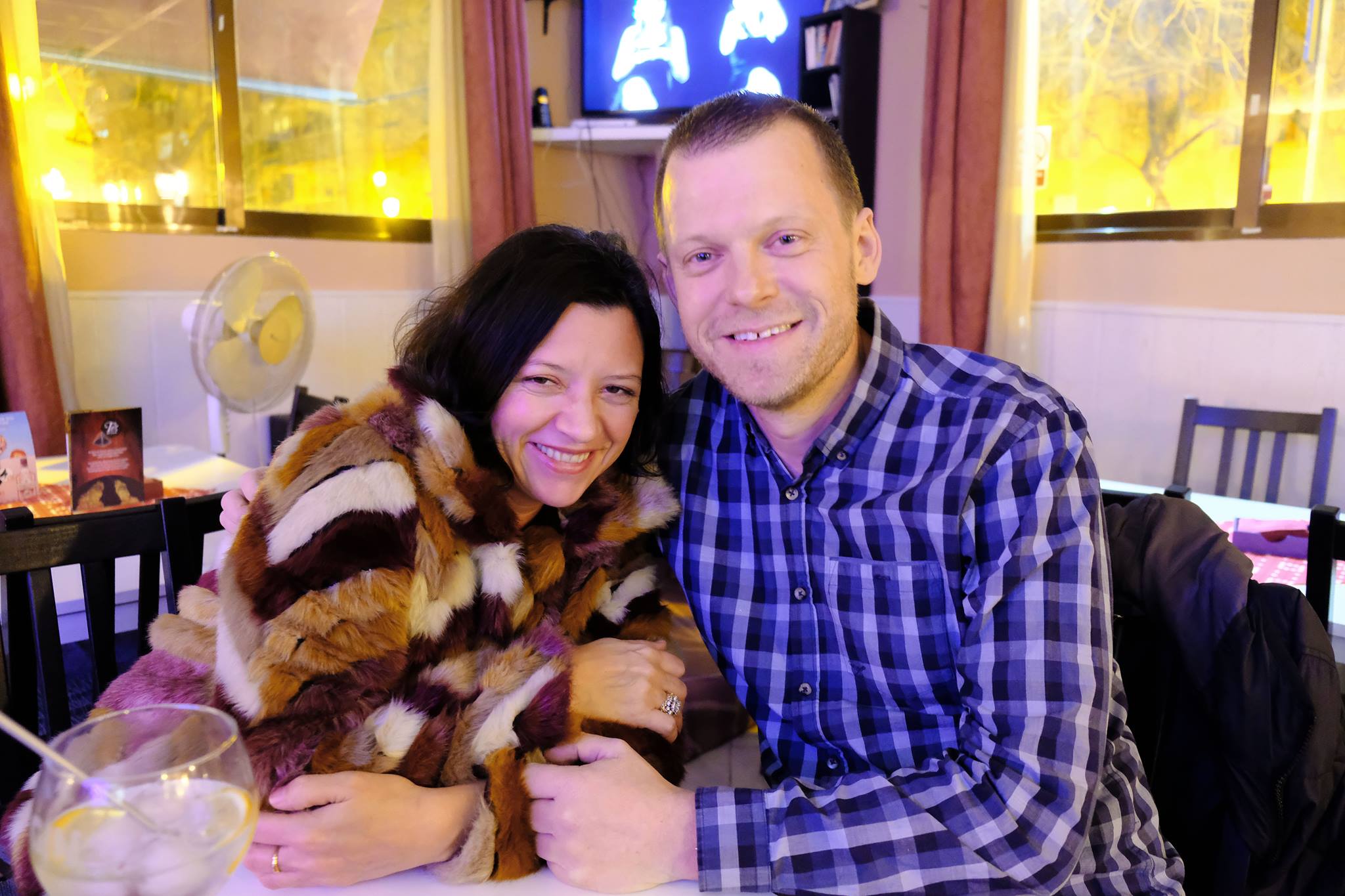 Others I met through the Valencia Coffee and Co-working group, which meets every Wednesday for a session of work and then evening drinks. The main organizer, Eric, was away most of the summer, so I even chipped in and helped organize a bit over the summer, which was fun. 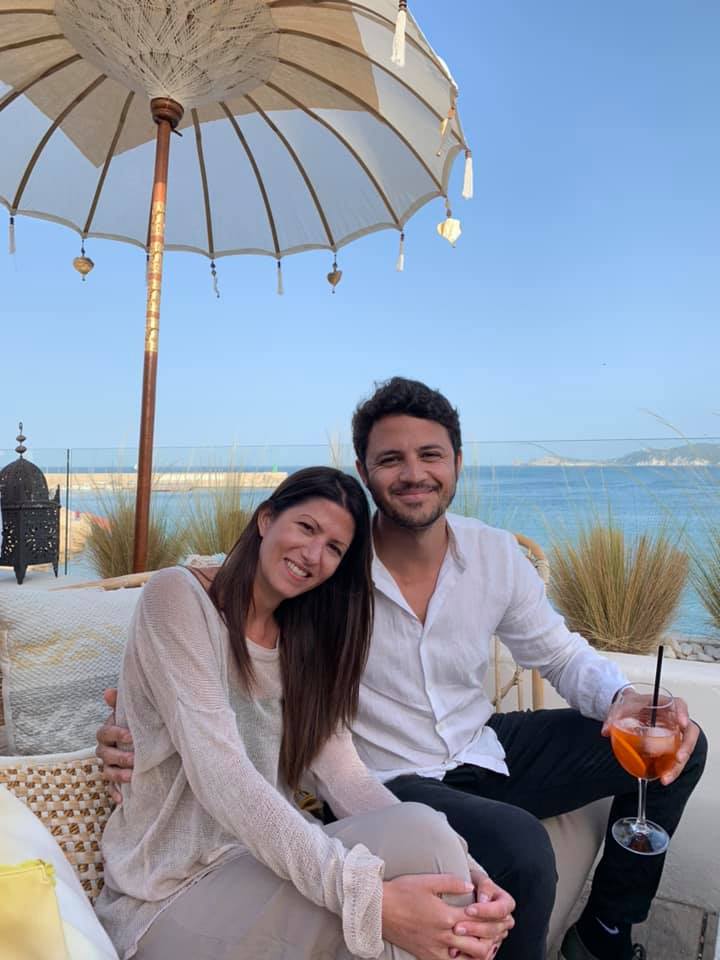 And while I don’t do as much photography as I once did, I still try to shoot the odd gig, and even made some friends here through a few concerts I’ve attended over the last year and a bit. I’m hoping to get back into this a bit more this year, as most of my camera gear is just sitting collecting dust.

In general though, everyone I met in Spain has been absolutely amazing, and I feel fortunate to have such a great group of friends here, something that I was missing living out in the country in Canada for the last few years.

What Does The Future Hold?

In short, I really enjoy my new life in Spain. It has it’s ups and downs of course, but in general the lifestyle and climate are both amazing. I recently signed the contract to sell my property back in Canada, and once that’s done (shortly after Christmas), I’m basically going ‘all in’ on Spanish life. I recently bought a property in Valencia, and am working hard on reforming it. I don’t think it’s my ‘forever home’, since it’s lacking a pool and a place to cook a weekly paella, but it’s definitely good for a few years and a good investment I think due to its location. 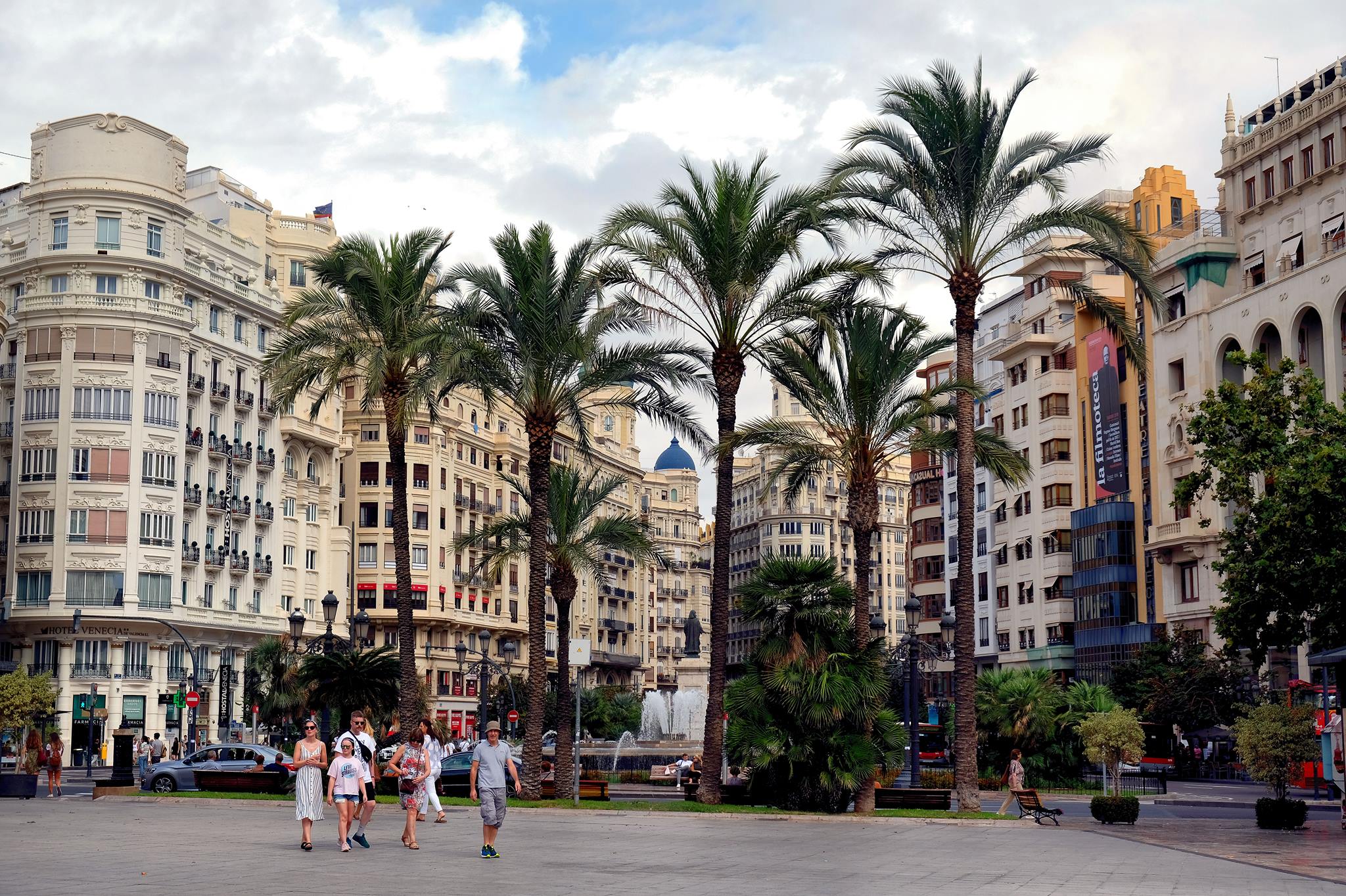 Over this next year I definitely want to improve my Spanish further, and hopefully do additional travelling within Spain. Spain doesn’t recognize my Canadian driver’s license, so I also need to deal with getting a new driving license here, hopefully sooner rather than later. Once that’s done I’ll likely pick up a scooter or a cheap car so I can get around a bit easier on the weekends. And once I cash out my property in Canada, I’m going to seriously start considering picking up a sailboat in the future – years ago I obtained my sailing Certificate of Competency in Auckland, New Zealand, so it would be pretty cool to be able to sail around the Mediterranean from time to time.

But definitely it’s been an amazing first year in Spain, and I’m looking forward to what this next year has in store.