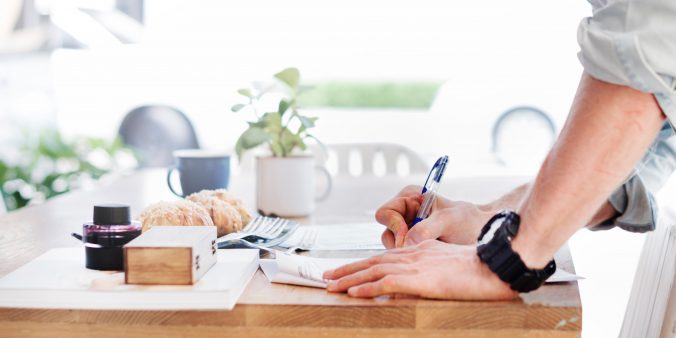 How To Get The Non-Lucrative Visa To Live In Spain

I’m currently in the process of applying for a non-lucrative visa to come live in Spain for a year. While there are many different visa options you can apply for to enter Spain – such as a work visa or a student visa – the non-lucrative visa is great for people who want to enjoy Spain without being a student or working locally.

The name, “non-lucrative”, basically refers to the fact that you can’t earn any money with it. Unfortunately what that means is a bit confusing (as are many other things about Spanish visas in general, but we’ll get to that shortly). Basically Spain wants you to have an income stream for a year, but not necessarily get it by doing any work (and certainly no work in Spain itself).

Another way to interpret this though is that you can’t be actively working in any country while holding this visa. I tend not to share this viewpoint, since technically even if you have passive income from investments in another country (like Canada, for example), it’s still income, and would likely be included on your tax return wherever you are. But this is a point of contention because people applying for the visa, as well as the consulates themselves.

For example, here is what the Spanish consulate in Los Angeles says:

Documentation proving economic funds sufficient for the duration of residence or proof of a minimum reoccurring monthly income. The minimum amount will increase for every additional member of the family. There must be proof of significant savings and proof of re-occuring, non-working income.

So they indicate that your income, if it’s recurring, must not be from active work – in other words, this income should likely be produced from investments.

The Ottawa consulate has this to say on the matter:

Sufficient economic means at the time of the visa application, or proof of a source of regular income without having to engage in any business or professional activity in Spain, for you and your family, where applicable, for the requested period of residence

Which seems to indicate that it’s fine to work, as long as that activity isn’t in Spain.

And to add even more confusion, let’s take a look at what Toronto says:

You must prove that you have enough means to live in Spain without working for the whole period that you want to stay in Spain.

Which seems to indicate that you can’t work at all.

Confused? Hold on tight, because we’re just getting started!

I think the safest option is to simply have enough savings to support yourself without working for the entire year, at least in terms of the application process. The current guidelines say you need to have at least 2,151.00 Euros available per month, or 25,812 Euros per year. So if you have that in some form of savings such as a retirement fund, bank account, or long-term savings account, you should be fine.

I hesitate to use the word ‘official’, because it seems there is no real standard as to what each consulate wants to receive in terms of this visa. But there’s sufficient overlap for most of the items, and I’ll list the primary ones here (this particular list below comes from the Ottawa consulate):

I’m guessing Canada did something really bad to Spain at some point, which is why we get hit with an extra $762 reciprocity fee. We’re sorry, Spain, please don’t hate us.

I’ll update each of the above items as I work my way through the process, as there is confusion at many of the steps. In addition, at least in Canada, it’s next to impossible to get ahold of anyone either by email or telephone at any of the Spanish consulates. Which basically means you have to rely on whatever information you can find.

Some consulates seem to want everything that’s in English to be translated (officially) into Spanish, while some seem to be fine with everything being in English. In addition certain documents (such as the criminal record check) also potentially require an Apostille (legalization of a document for use in another country).

Only after all steps have been done will the document be considered legal and official for use in Spain. There’s confusion as to whether this is necessary at all embassies (and in fact, given that the criminal record check comes from the government, seems completely redundant to have yet another government department verify the document, at least for use in Canada), but that’s what some people seem to have to do. In the United States you’ll need to find someone to act as an Apostille for your criminal record check.

Once you gather all the required documents (and pay your fees of course) and send them to the consulate, you’ll be able to live in Spain for a full year. I’ve heard in the US it often takes less than a month to be approved, but in Canada you should expect more like three months.

I’ve also been told it’s a good idea (and a silent requirement for some consulates) to include proof of travel to Spain for after you obtain your visa. That seems a bit risky to me, since you aren’t entirely sure when your visa will be complete, but I know some consulates (namely the one in Toronto) have asked other people for it prior to approving their application. At some level it may help guarantee you get your visa back before a certain date, but the consulates also say they aren’t liable if they don’t get it back to you in time, so it’s definitely a financial risk. I’ve chosen to be an optimist, and have booked a flight back to Spain, timed to be approximately three months after the date I plan to submit my application.

Once the process is done you’ll hopefully receive your passport back with a Spanish visa inside that’s valid for 90 days. You have to get to Spain generally within a month, after which you will obtain a place to live and apply at the local police station for your residence card. Once you have the residency card, I’m told the renewal process each year is much simpler, involving only showing proof of income or proof of funds, and also proof that you stayed in Spain for at least six months each year.

Given that the residency permit is renewable twice for two years each, in theory once you obtain your non-lucrative visa you can live in Spain for up to five years. And after those five years are up you quality for permanent residency, which would start the five year clock towards becoming a Spanish citizen.

If you want help with this process, make sure you buy a copy of our comprehensive 61-page guide for completing the non-lucrative application package. You can buy a copy of the Guide to Obtaining the Non-Lucrative Visa via our store.

June 2019 Update – This all worked! I’ve been a resident of Spain for ten months! You may be interested in what’s involved with renewing the non-lucrative visa in Spain

Getting Your Digital Certificate In Spain