Yesterday I received my passport back from the Spanish consulate in Toronto – inside was my non-lucrative visa, which contains my NIE number that I’ll need in Spain. It’s possible to obtain a NIE without getting a visa (for example to buy a house), but they are issued automatically with your visa as well. 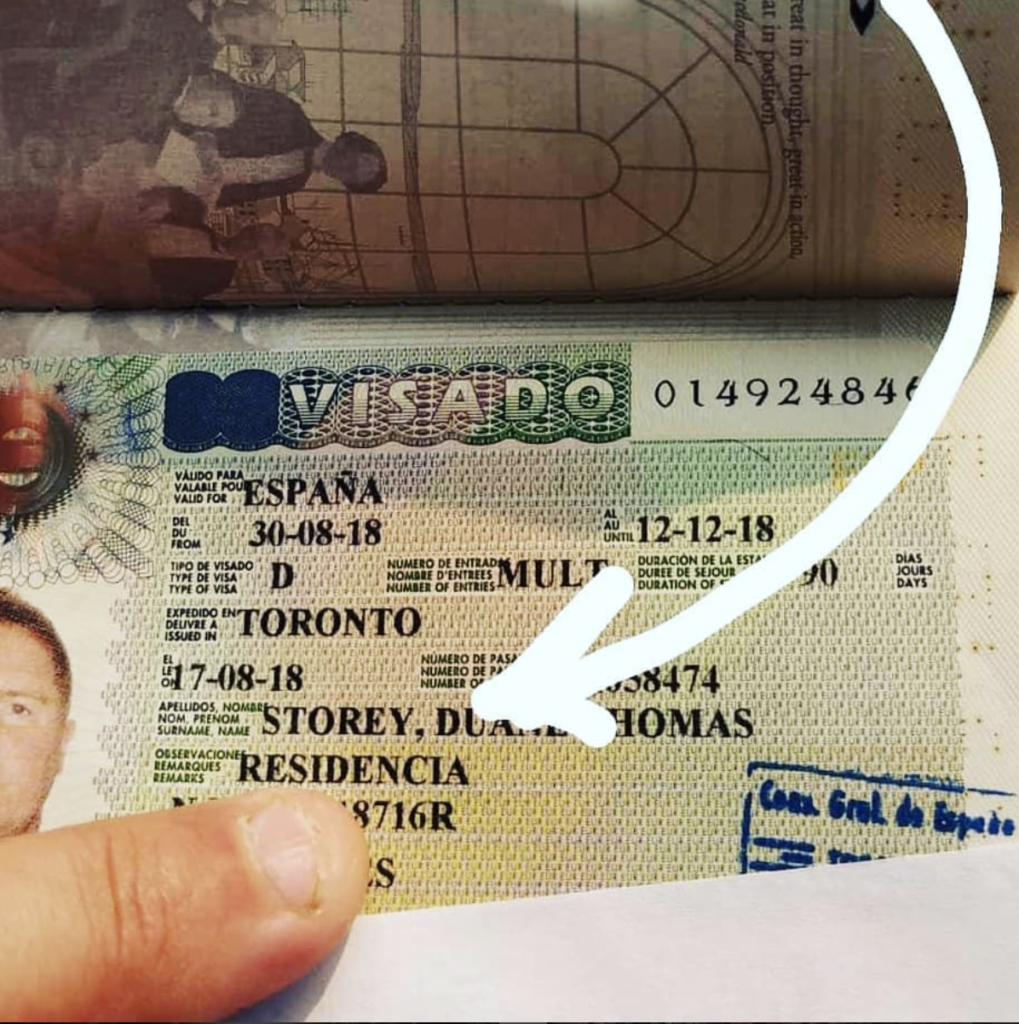 I started assembling my documents In May, and mailed my application at the end of June. It took roughly six weeks for them to process the application, and approximately one more week to send them my passport and for them to mail it back.

When I received the email saying my visa was approved and that they needed my passport, they also asked me to forward along my flight confirmation. I had a flight already in October, but decided to move it backwards and send the new flight information in. I’m glad I did since they used the date of my flight to set the start date of the visa. Had I not done that, my visa would have started in October, which meant I wouldn’t be able to fly to Spain early. So if you are doing this process, pay attention to when your flights are since your visa will likely be dated to that.

In just one week, I’ll be heading to Valencia. It would be nice to say this process is over, but there are still things I need to do in Spain upon arriving, and not all of them are easy. As you can see from the photo, the visa is only valid for a few months. What is supposed to happen is that I have to make an appointment within one month and apply for the TIE (Spanish Foreigner Card) which is what will ultimately let me stay in Spain for a year or longer. One of the requirements for the TIE though is that you have a permanent place to stay – that doesn’t really work for me since I plan to bounce around for a few months at first. I’ve been told you have to show at least a six month rental contract, which I won’t have. So this is still a problem I’m working to solve. I do know a few people in Spain, so I may see if one of them would be willing to state I’m living (i.e. couchsurfing) at their house for a while, just so I can complete the registration at the town hall.

Also, since I’m flying into London and will receive my entry stamp there, I’ve read I have to make sure I keep my boarding pass stubs for my flight to Spain to prove when I arrived there (since I won’t receive an entry stamp there). Without that they have no idea of when I actually showed up in Spain, and apparently that can cause a problem.

But I’m definitely excited to have the non-lucrative process behind me – it ended up being fairly straightforward, and despite some complaints I read online about the Toronto consulate, my experience with them was really quite good .