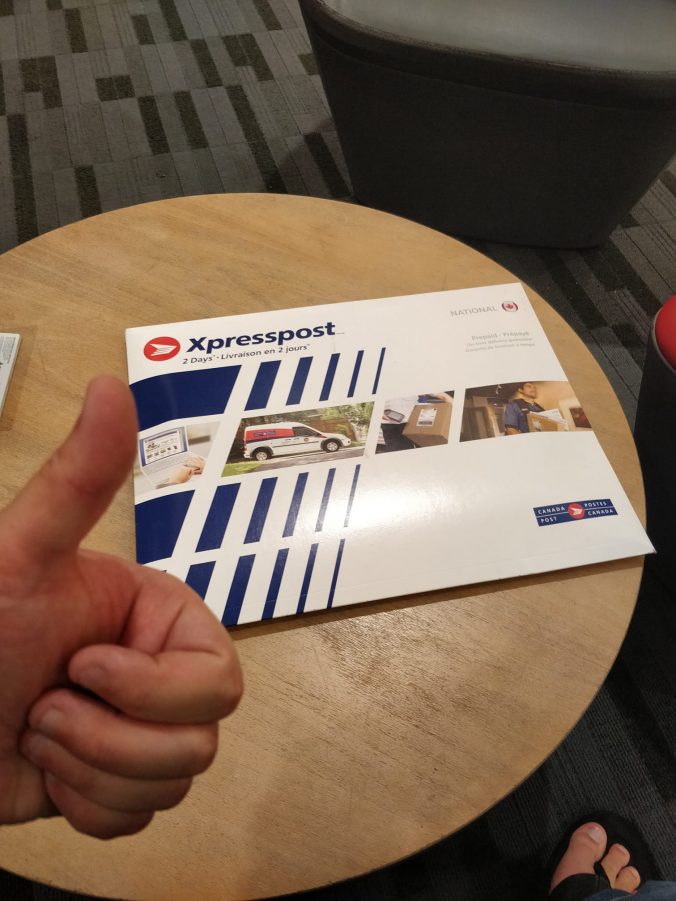 And It’s Off – My Completed Application Is In The Mail!

Two days ago I picked up my new passport from the office in Surrey, BC, Canada and updated the last bit of my non-lucrative application. Afterwards I went across the street and made two full copies of the entire application, one for me and one to include in the application (since most consulates say you should include duplicates).

One thing I didn’t do is submit my entire passport with the application: instead I opted to just send in a photocopy of the primary page and said in my application I will just mail it overnight as soon as they require it. I hope this doesn’t cause any issues, but with the amount of travel I do, not having my passport for three months would be difficult.

If you live in the Toronto, Ottawa or Montreal regions, you can simply go in person to start this process, and they’ll simply make a copy of your passport – when your visa is ready, they ask you to bring the passport back in and put the visa in it, usually within 24-48 hours. Unfortunately because I live in BC, Canada, I have to mail my application in to Toronto, and they ask for the passport on the website. But hopefully they’ll just process it as is and email/call me when they want me to send the original in.

I did one final check of all the documentation, then put it in an Xpresspost envelope and sent it off to the embassy in Toronto. It’s a long weekend here in Canada, which means they should receive it on Tuesday, July 3rd, at which point the clock will start ticking. My current plan is to leave for Spain on October 8th, which gives me a little over three months for them to process my application (the website says three months is typical). So I’m in good shape from a time perspective.

So in total I’m looking at about $947 for the application. I also renewed my passport for $210 recently, and my Sanitas plan in Spain (which was a requirement for the non-lucrative visa) is about $710/year, but those have other benefits besides just this application, so I’m not including them in the direct costs. So in short, it’s not a cheap process.

Regardless, I’m happy to be done with the application process. It takes quite a bit of time to assemble everything properly, and I’m happy that time is now freed up again. With luck in a few months I’ll have a shiny new non-lucrative visa, which will allow me to live in Spain for a year or more. Wish me luck!

Paying for your Non-Lucrative Visa

Being Notified of Approval