After I received my non-lucrative visa, I quickly finished closing up my life in Canada ( at least for a while ) and continued getting ready to head to Spain. I was debating a lot of different things at the time, one of which was whether or not I should bring an extra suitcase full of items I thought I might need in Spain, or to simply pack lighter and buy what I would need there. I chose to do the latter, mostly because I hate travelling with a lot of stuff.

When the time finally came, I boarded an airplane at Vancouver international airport and set off to London, UK, as my entry point into Europe. One of the things I read was that it’s really important to have documentation on when you arrived in Spain for the first time. Often they will look for proof of arrival when you go to fill out all the paperwork you will have to do when you arrive in Spain.

When I arrived in London, I approached the customs agent. She asked where I was going, and I said Spain. She then ask, “for how long?”. To which I replied “one year.” That got her to raise her eyebrow a bit, since I’m sure she’s well aware that Canadians can only spend three months at a time in the EU. I then explained that I had a long-term residency visa for Spain, which she quickly located inside my passport.

One thing I didn’t know at the time is that there are four classes of EU visas, each with a letter: A, B, C, D. Type D is one that allows you to stay for a longer period of time, and I suspect she was looking for that on the Spanish visa. When she found it (I didn’t even know it was there), she made a few notes in her computer and then asked me just some genuine questions about why I was moving to Spain, and what the process was like. She then stamped my passport and told me to enjoy myself.

I was told when I would arrive in Spain (since it would be on a flight originating from the UK) that they wouldn’t stamp my passport there again. That would mean I would need to keep my boarding pass as proof of the actual date of entry into the country. So that was my original plan. 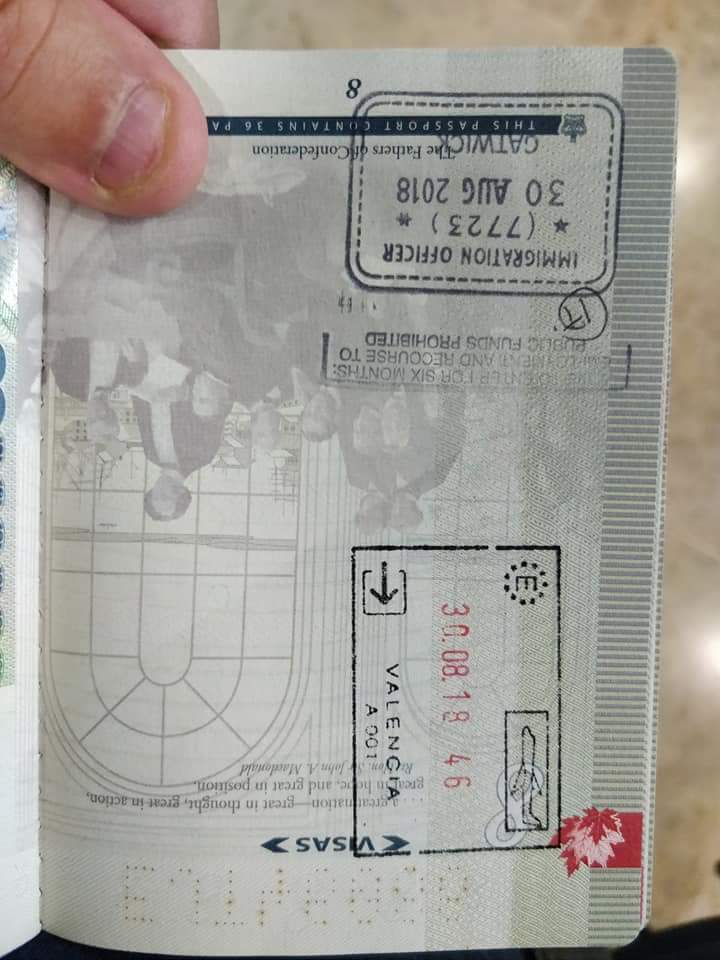 My Passport, with stamps in the UK and in Valencia

But when I arrived in Valencia, Spain, a few hours later, there was a quick customs checkpoint. I was watching the agent there, and he wasn’t stamping any passports, so I suspect it was just a quick check to make sure everyone was legally allowed to be there. When I approached him though, I notice that he did have a stamp next to him, so I politely asked him if he would mind stamping my passport, which he happily did. So I ended up with an official EU entry stamp for Spain on the exact date my visa was valid on.

I’ve heard of other people having to go to the police station to receive official paperwork indicating the exact day they arrived, but that seems a bit excessive to me. I would think it’s enough to simply do your best to get a stamp in your passport, or worse case, keep your boarding pass and any receipts in airports along the way that have the date on them. 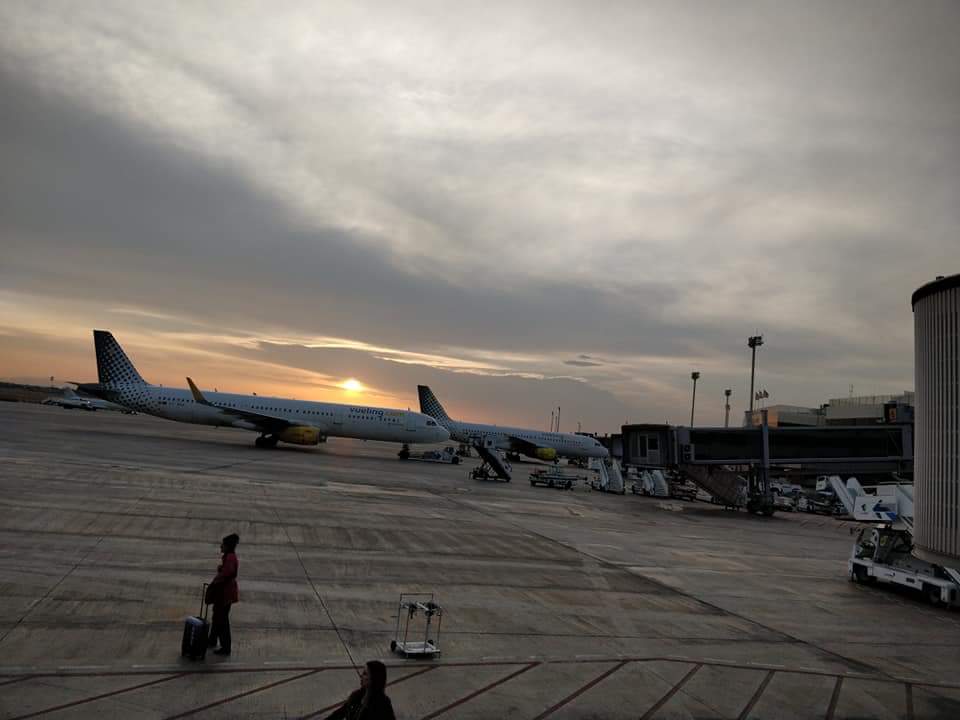 My first shot in Valencia, Spain

After 17 hours of travel, I was exhausted, but was thankful my arrival into Spain was pretty much non-eventful. The next step would involve obtaining my TIE card (which is what you need to make your residency semi-permanent), and my empadronamiento, which is the proof you need for certain government bodies to show you actually live in Spain. More on those later.